Istanbul to Ankara by bus

Taking a bus from Istanbul to Ankara

Costs, timetables and connections from Istanbul to Ankara

The journey from Istanbul to Ankara by bus takes roughly 6 h 45 min, costing an average $ 18.61. With a number of departures throughout the day, you can expect 46 daily connections. The first departure is at 15:20 and the last bus leaves at 03:00.

The route from Istanbul to Ankara

Taking a bus from Istanbul to Ankara is a great way to see the country. Despite taking longer than a high-speed train, it offers a more authentic experience traveling through iconic areas of Anatolia. There are innumerable options to pick from too, with direct services, overnight buses, and more. There are also hundreds of bus companies to choose from, including Süha, Pamukkale and Kamil Koç.

The most direct route between the two centers is from Istanbul Central Bus Station to Ankara Asti Bus Station. Other routes are possible from other districts like Alibeykoy or Dudullu. In fact, most services stop at those two stations en route to Ankara. In total, the trip takes in over 200 miles of Turkish scenery, with few stops, if any, on the journey.

The journey to Ankara

Departing from Istanbul Otogar, or Central Bus Station, it’s a steady route over the 15 July Martyrs Bridge. You’ll cross from the European side of Turkey into Asia, beneath iconic landmarks like Çamlıca Hill. Journeying through the Istanbul district of Sultanbeyli, look out for Aydos Kalesi. This deeply forested area is one of the last bulwarks against urbanization. At its center is a ruined Byzantine castle perched upon a hilltop.

Leaving Istanbul’s suburbs, your bus takes the main E80 highway, also known as the Trans-European Motorway. After reaching Dilovası, your bus skirts the Gulf of İzmit, a pretty tranquil coastline. Upon reaching İzmit, you'll catch glimpses of this old city's grand architecture. İzmit was a significant site for Alexander the Great, and it remains a charming port city today.

Heading east inland, the bus heads toward Bolu. The journey through this mountainous region is breathtaking, with lush forests and lakes. Keep your eyes peeled for snow-capped peaks as you head deeper into Turkey’s Anatolia region. After traveling through Bolu, your bus heads southeast via the E89 highway, on to its final stop, Ankara.

This leg of the journey is renowned for its scenery, taking in wide stretches of high-elevation road. Flanked on either side by mountains, hills, and forests, highlights include glimpses of the Çamlıdere Reservoir. Pulling into Ankara, you’re greeted by opulent Ottoman palaces and swathes of red-hued buildings. Ankara Asti Bus Station is actually located in the western reaches of the capital city. A transfer is necessary, either by taxi, train or bus, into Ankara.

Explore Turkey’s capital in the heart of Anatolia

Ankara may be Turkey’s capital, but it sees far fewer tourists than Istanbul. It’s a shame because Ankara boasts not only massive cultural projects and museums, but plenty of hidden gems too. Founded as the capital of the new Republic of Turkey, it’s the country’s major political seat and home to palatial museums. Thanks to the plenitude of Ottoman-era artifacts, it’s a feast for the eyes and ears.

A wondrous array of museums

One of the most striking attractions in Ankara is the Citadel. A beautifully preserved 9th-century fortification that was important during the Byzantine era. Aside from offering spectacular views across the city from its hilltop walls, it's also a buzzing center of life. The 12th-century mosque, Alaettin Cami is here, along with a plenitude of meze eateries. Highlights include Parmak Kapısı, the main gate into the Citadel, and Şark Kulesi, a tower viewpoint.

Another top attraction is the Museum of Anatolian Civilizations, located just moments from the Citadel. Housed in an Ottoman caravanserai (roadside inn), the collection of significant archaeological and historical artifacts is astonishing. The museum is usefully exhibited in chronological order, offering everything from Paleolithic to Roman-era displays.

Just next door, you’ll find two more striking museums, the Erimtan Archaeology & Arts Museum and Rahmi M Koç Industrial Museum. Similarly held within an Ottoman-era caravanserai, they make a fine day out. There’s no shortage of impressive museums throughout the city, from Vakıf Eserleri Müzesi, a carpet museum, to the Ethnography Museum.

By far the most famous attraction for Turkish people is Anıt Kabir, the mausoleum of Mustafa Kemal Atatürk. The journey there is monumental, passing a walkway lined by giant lion statues. The mausoleum itself is complemented by memorial statues, a museum, and other artifacts. You’ll get a sense of the reverence for which Atatürk is still held.

Public life in Ankara is well served by a multitude of serene parks. Gençlik Parkı is the city's oldest, opened for National Youth Day in 1943. Acting as the central hub of the city, it's an ideal place for families thanks to its child-friendly amusements. Other treasures include the romantic Botanik Park and a monument to Turkish security forces, Güven Park.

Where Istanbul offers trendsetting restaurants, Ankara relishes in tradition. And what a tradition it is! Despite being marooned from the coast, Ankara is renowned for its seafood. Much of this comes from the Black Sea, and balık dolma, or stuffed fish, is most popular. Kızılay is your go-to spot for the best street food. Look out for street-side Simit for breakfast and the famed Turkish pizza, Lahmacun.

Ankara is also an excellent place to taste wine. Kavaklidere is the oldest winery in the country, made from local Boğazkere and Öküzgözü grapes. You can try these wines at many bars and restaurants, including in Kavaklıdere, renowned for its more sophisticated eateries.

Istanbul to Ankara by bus 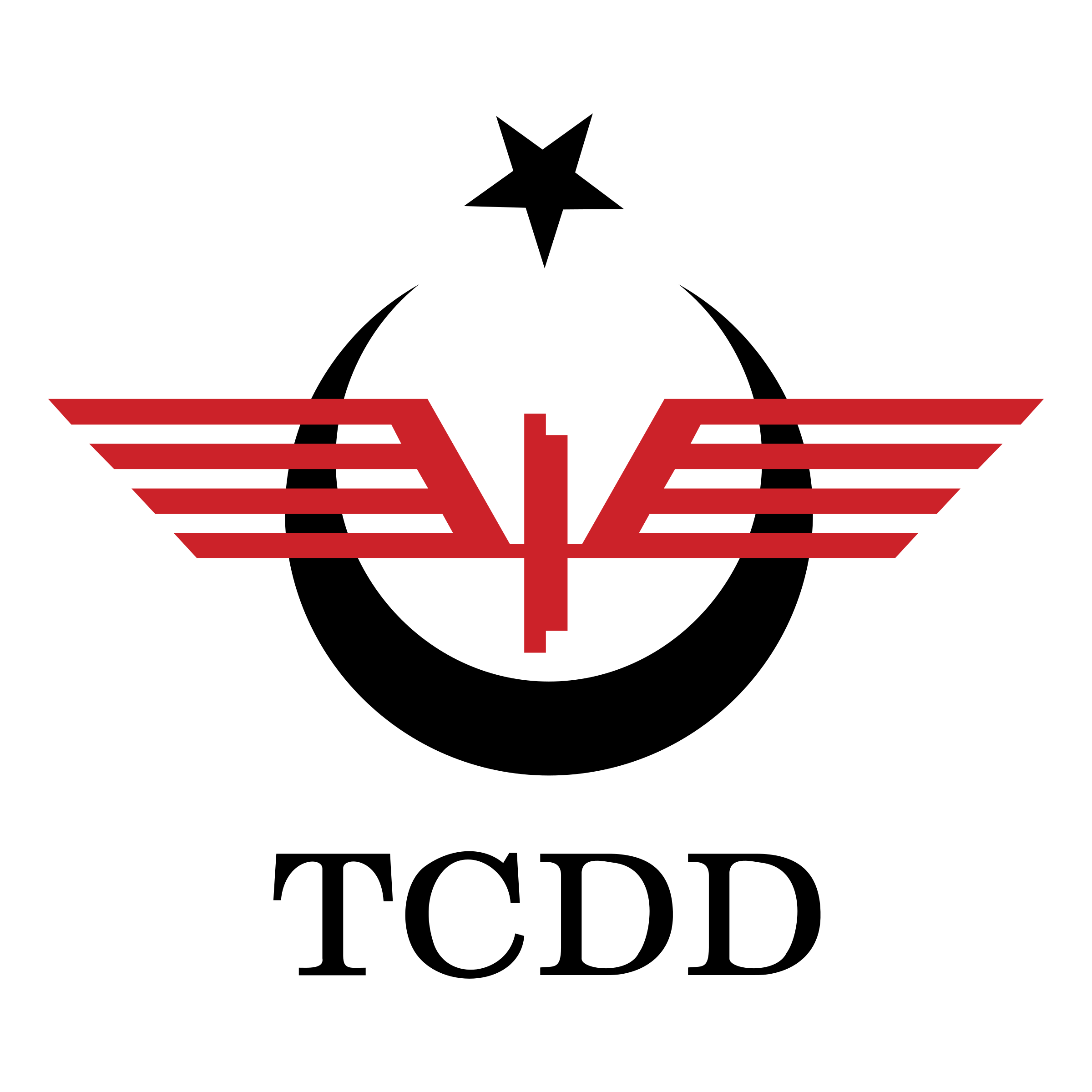 How long is the journey from Istanbul to Ankara by bus?

The distance between Istanbul and Ankara is around 218.7 mi. Depending on the exact route and provider you travel with, your journey time can vary. On average, this journey will take approximately 6 h 45 min. However, the fastest routes between Istanbul and Ankara take 2 h 15 min. If a fast journey is a priority for you when traveling, look out for express services that may get you there faster. Some flexibility may be necessary when booking. Often, these services only leave at particular times of day - or even on certain days of the week. You may also find a faster journey by taking an indirect route and connecting in another station along the way.

At what time of the day can I travel from Istanbul to Ankara?

The first daily departure from Istanbul to Ankara leaves at 06:30, while the last journey of the day sets out at 03:00. These are according to the standard schedules for the route between Istanbul and Ankara. However, different providers' timetables can vary from day to day or month to month, so these particular departures may not be available every day. Some providers may change their schedules on public holidays and weekends, or during the summer months. Check your travel dates when making your booking.

How many daily journeys are there from Istanbul to Ankara?

The route from Istanbul to Ankara is served by providers including Lüks Kahramanmaraş Turizm, Pamukkale Turizm, Efe Tur, Malatya Kayısı Kent Turizm, Malatya Zafer Turizm, Medine Turizm, Beydağı Turizm, Metro Turizm, Pamukkale, Özemniyet Turizm and Sakarya VİB. From this list of transport providers, there are up to 90 departures each day. However, this exact number will vary. On average, journeys depart from Istanbul 46 times per day. This number includes all the transport providers that serve the route. When traveling from Istanbul to Ankara, you may choose to use an indirect route, involving connections. If you prefer not to do this, you will find an average of 46 direct journeys each day. However, indirect routes open up more possibilities for flexible travelers. On average, there are 0 journeys with one change or more each day. These numbers are all averages. They can slightly vary depending on the day of the week, the season of the year, local festivals, and other factors.