A journey across Greece

There are 5 journeys from Thessaloniki to Athens each day, with the first leaving at 08:27 and the last at 21:15. You can expect to pay approximately for the journey, which lasts 4 h 22 min on average.

This is a picturesque journey that crosses Greece from north to south, winding through the tranquil olive groves and rolling hills of the Hellenic countryside. From the distance, you'll catch a glimpse of the legendary Mount Olympus, which was said to be home to the mythical Greek gods. A more recent, but just as interesting, landmark is just south of Larissa: here, you'll see some massive steel viaducts. These aren't just an impressive feat of engineering - they also played a key role in the Greek resistance during the Second World War.

There is a separate dining car on the train between Thessaloniki and Athens, where you can enjoy an ever-changing menu of Greek food. There are also some more international snacks, such as sandwiches, croissants, and potato chips. Be aware that the trains may not have much available if you follow a special diet. You might want to stock up before boarding to avoid any disappointment.

Athens Railway Station, still known to locals by its old name of Larissa Station, is in the center of the city. When you arrive, stop to take a look at the old Peloponnese Station building, which is listed as a heritage site. It's no longer in use as a terminal, but its blend of Art Nouveau and Neoclassical styles make it one of the city's architectural jewels. Inside the lounges, the marble fireplaces, mosaics, and chandeliers bring a sense of the glamour and luxury of train travel in the early 20th century.

It's easy to continue your journey from the station. You can hop onto the Red Line of the Athens Metro or, if you're going into the suburbs, catch one of the local Proastiakos trains. There are also several bus stops, and taxis wait for passengers out front. If you know the city and your destination well, you may even want to walk through the central Kolonos district. The winding streets can make it easy to get lost, though, so this is not recommended if you have a lot of baggage or you're in a hurry.

Exploring the Acropolis and Greek history

The sense of history as you walk through the streets of the Greek capital can't be denied. This city has been continuously inhabited for 3,400 years; it is the cradle of Western civilization, where democracy was first born. Even if you have only a passing interest in history, it's worth checking out some of Athens' monumental sites.

The most prominent of these is, of course, the Acropolis. This world-famous site sits high on a hill overlooking the city and simply must be visited. It's the most popular site in Athens, and you can easily take a full day as you explore its different parts:

While Athens is best known for its ancient monuments, there are also some interesting historical sites from other periods. The Church of Panagia Kapnikarea was built in the 11th century and looks quite striking among the modern buildings of Plaka. It's a wonderful example of the Greek Orthodox style and a lesser-known gem in this historic city.

You'll find interesting historical sites everywhere you go, so don't be surprised by the sudden appearance of an old temple or set of columns. If you have an interest in the classical world, you won't get bored in Athens! But if it's not for you, you can always take a ferry to explore one of the 227 islands Greece has. The biggest one is Crete.

Modern Athens: the other side of the city

There's more to Athens than ancient history. This is still a bustling European capital, with all the attractions you'd expect. For a shoppers' paradise, head to Plaka. You'll find all the big European chain stores like H&M and Zara here, as well as charming old-style shops selling artisan products.

Locals use Monastiraki Square as a main meeting point. There are lots of cafes and restaurants with terraces, making it a great place to stop for lunch. Go on a Sunday, and you'll also find a thriving flea market.

The trendiest part of Athens may be Psyrri, a quirky neighborhood packed with unusual bars and one-of-a-kind restaurants. It's ideal if you want to find some of the coolest spots in Athens and take in the Greek nightlife.

Finally, visit the Tomb of the Unknown Soldier in Syntagma Square. This war memorial is quite moving by itself, but it's also home to the Changing of the Guard every hour. If you can, visit at 11 am on a Sunday morning, when a more elaborate ceremony takes place. The traditional uniforms worn by the Greek soldiers are a unique, fascinating sight. 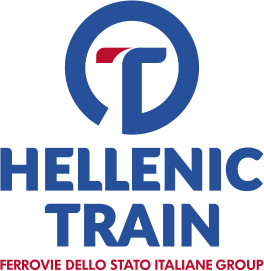 How long is the journey from Thessaloniki to Athens by train?

The journey between Thessaloniki and Athens by train usually takes 4 h 22 min to cover a distance of 188.9 mi. The shortest journey from Thessaloniki to Athens will take you 3 h 57 min. Remember, as always, that this time does not include any delays that might occur due to weather conditions, construction, or unexpected diversions and disruptions. If arriving in Athens quickly is a priority for you, look for express or non-stop services. You may also find that a connecting route reaches your destination faster than some direct journeys. Virail will allow you to explore all your options and come to a decision that suits your needs.

When do departures from Thessaloniki to Athens leave?

If you want to set off early, take the first departure of the day from Thessaloniki to Athens, which usually leaves at 11:15. The last scheduled departure of the day is normally at 21:15. These timetables may vary depending on the day of the week, or at different times of year.

What are the stations on the Thessaloniki to Athens route?

In Thessaloniki, departure stations include Thessaloniki. When you arrive in Athens, you may be able to disembark at stations such as Athens and Rouf. Remember though that the exact stations served on each route can vary. Different providers may depart from and arrive at different stations. Furthermore, if you travel on an express service, the number of stations may be limited, and the exact stations served on a particular route may vary at different times of day or day of the week. Check in advance to ensure that you are departing from and arriving at a station that is convenient for your journey.

How many times a day do journeys run from Thessaloniki to Athens?

If you want to get from Thessaloniki to Athens, you can travel with providers such as TrainOSE. You will find a maximum number of 10 departures per day. On average, there are 10 departures per day. Book in advance to make sure that your journey will run smoothly and you depart at a time that suits you best. When you travel, you can look for direct journeys or other routes which offer connections and changes. On average, there are 5 direct journeys between Thessaloniki and Athens. If you don't mind changing along the way, you may find more options available to you. There are usually 5 journeys with at least one change. These numbers may vary depending on the time of year or day of the week. Some travelers prefer direct routes, particularly if they are carrying heavy suitcases or concerned about missing a connection. Others enjoy the flexibility offered by connecting journeys. Whatever you prefer, Virail can help you find the right options to suit you.

Sign in to Virail to get exclusive travel deals
Close