Milan to Seveso by train

Quick and easy travel from Milan to Seveso with Virail

Virail helps thousands of travelers plan their journeys every year. How? It's easy. Just enter the dates on which you plan to travel from Milan to Seveso. Our powerful engine will look at the data from thousands of travel providers, then show you all the available routes. You can choose to travel however you want. Decide on the type of transport you want to use, what time of day you'd like to set off and whether you'd like a direct journey or one with connections. When you've found your ideal route, Virail will redirect you to the web page of the provider. There, you can make your booking, then it's time to prepare for your trip.

How much will I pay for train tickets from Milan to Seveso?

On average, a train ticket from Milan to Seveso will cost you $ 7.62. However, there may be cheaper alternatives available. Virail will show you the lowest prices available for your chosen travel dates, which could be as little as $ 7.62. If you are trying to stick to a budget, there are several ways you can seek out lower ticket prices. For example, if your travel dates are flexible, you might find that some days of the week are cheaper than others. Traveling during peak season will usually cost more, so avoid that if you want to save money. Even the time of day can affect the price of tickets sometimes. You can also look for an indirect route, which may be cheaper than a direct connection. Often, the cheapest train tickets can be found by booking well in advance. However, be mindful that many companies do not offer refunds or exchanges on their cheapest tickets.

Milan to Seveso by train 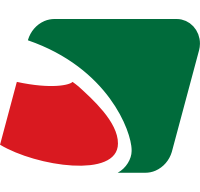 How long will it take me to travel from Milan to Seveso by train?

The journey from Milan to Seveso covers a distance of 13.7 mi. On average, you can expect your journey to last roughly 40 min. However, booking the fastest option will see you reach your destination in approximately 25 min. For faster journeys, look for express routes. Please remember that these may only depart at certain times of day, or on particular days of the week. You may also find that you can go from Milan to Seveso faster by making connections, rather than taking a direct route.

When do departures from Milan to Seveso leave?

The first journey of the day departs from Milan at 05:17. If you prefer to travel later in the day, the last departure will leave at 21:57. Remember, these are the general times of journeys between Milan and Seveso. However, they are somewhat changeable as they may be affected by local events or holidays, peak seasons, or other factors. Always check your travel dates in advance to be on the safe side.

When traveling from Milan to Seveso by train, which stations can I use?

There are different options to choose from when traveling between Milan and Seveso. You can start your journey in Milan at stations such as Milano Nord Cadorna, Milano Cadorna, Milano Porta Garibaldi Passante, Milano Porta Garibaldi, Milano Rogoredo, Milano Greco Pirelli, Milano Lambrate and Milan Nord Cadorna. These connect to stations including Seveso, Seveso-Baruccana and SEVESO BARUCCANA in Seveso. There may not be a direct connection between all the stations in the two locations. Some providers will only serve a selection of the stations, and you may have to travel from one station to another in the same city after arrival to reach your ultimate destination. Virail will show you both all direct routes and any connecting services which you can take to get from Milan to Seveso.

How many journeys from Milan to Seveso take place each day?

On average, there are 2 daily departures from Milan to Seveso. However, there may be more or less on different days. Providers' timetables can change on certain days of the week or public holidays, and many also vary at particular times of year. Some providers change their schedules during the summer season, for example. At very busy times, there may be up to 119 departures each day. The providers that travel along this route include Trenitalia and Trenord, and each operates according to their own specific schedules. As a traveler, you may prefer a direct journey, or you may not mind making changes and connections. If you have heavy suitcases, a direct journey could be best; otherwise, you might be able to save money and enjoy more flexibility by making a change along the way. Every day, there are an average of 1 departures from Milan which travel directly to Seveso. There are 1 journeys with one change or more.